We are a your Blizzard Entertainment Podcast. The show you are about to hear was recorded on Sunday, September 13th, 2015. On this week’s show we are going to be talking about our Weekly Top 5, StarCraft, Heroes of the Storm and World of Warcraft discussion, then onto this weeks Rock the Cabinet Blizzard Arcade game then last but not least a listener email! If you have any questions, comments or concerns for the show, please e-mail us at IceBox@FrozeNerdz.com! So without further ado, sit back, relax and enjoy Episode 77 of the Frozen Nerdz Podcast!

On Sunday, September 13th, 2015, the StarCraft team invaded Downtown Los Angeles, in order to reveal not only the release date of Legacy of the Void, but also the opening cinematic! If you haven’t had a chance to watch the cinematic, you can do so below. We suggest not only watching it once, but several more times! This is the final chapter in the EPIC Saga and we are excited to finally find out what happens with Raynor and Kerrigan and more! StarCraft II: Legacy of the Void releases as a standalone game on November 10th, 2015!  You can read more about the event over on the Official StarCraft page!

Legacy of the Void Cinematic:

Also this past weekend was the WCS Season 3 finals which was extremely action packed. Not only did we have insane matches, we also had a lot of come from behind victories, draws and an all European Grand Finals. But when the smoke settles and the dust was wiped away, Lil Bow took home the gold!

Also, there is a StarCraft Virtual Novel being put up onto Steam GreenLight. This visual novel is a look into the lives of StarCraft pro-gamers. The game was backed on Kickstarter, and has finally been released for free download! Read more about it here, or download it directly by clicking here! 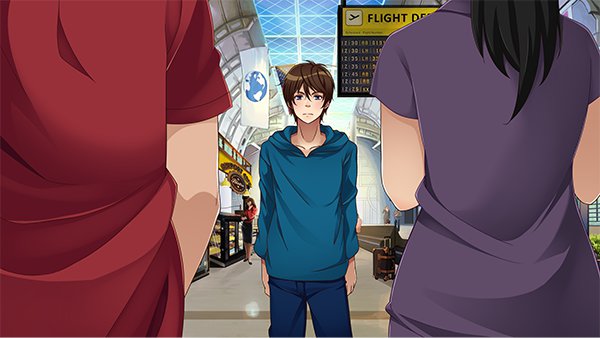 After we recorded Episode 77, we received a super special package in the mail from J!nx!

If you are interested in any of this merchandise, check out the links below!

If you are interested in a J!NX Sticker and are attending BlizzCon 2015, track down on these Nerdz and we will definitely hook you up with one! (While Supplies last!)
Once again, a huge thanks to @JINX for hooking us up with some amazing swag and thank you so much for supporting the podcast community! <3

One thing that we love here at the Frozen Nerdz is the amount of community creations that are always being created! But one thing we love to see at BlizzCon is the Cosplay! This year, Blizzard has released a detailed list of information that is important for people looking to cosplay at BlizzCon this year. For all the details, check out the official post!  On the show, we discussed that you can also check out the Overwatch comes that Blizzard has made available, but has not talked about yet. Here is a direct link!

Also remember…. Cosplay does not mean consistent. Please ask cosplayers before touching or taking pictures with them. Cosplayers take a lot of time to create this amazing costumes require a lot of time and effort! Please be polite!

After we recorded Episode 77, the Heroes of the Storm team released the Pre-Season Leaderboards for August 2015! The number one player in North America was… Srey! Head over and check out the list to see if your favorite Heroes player made the Top 100!

From the last time we recorded there has been a lot of Hearthstone eSports going on all around us! First up was the Last Call Tournament, where a lot of great Hearthstone players like Trump, Firebat, Silentstorm, and more competed for spot within the Top 40 of the best skilled players in Hearthstone. 40 players have advanced onto the North American Qualifier Tournament which takes place September 12-20th, and wraps up with the Americas Championship in San Francisco on October 10-11, 2015.

This past weekend was a huge eSports weekend for Blizzard Entertainment, and it would not be a complete week without some World of Warcraft Arenas! This past weekend the Road to BlizzCon added a few more names to it’s list as part of the North American qualifiers. Congratulations go to Regional Grand Prize winners Juveniles, second place Tempo Storm, and  third place followesports.com. All of these teams have secured their spot to compete at BlizzCon 2015. To read up on all of the Arena Championships, check out this article!

Game: Ling Slayers v.5
Type: RPG
Creator: Muhahahahaaa
Details: A small town down the river has a small problem with lings. you are being called to exterminate them. At the load screen you are met with a letter from Tara to help with this Ling problem and the story is underway as you are a zergling sniper . What a cool RPG the camera angles adjust as you roam through this well conceived Diablo style top down RPG.
Links: http://www.sc2mapster.com/forums/player-zone/map-feedback/83094-ling-slayers-need-feedback/
StarCraft Link: battlenet://starcraft/map/1/262249
Final Rating (1-5): 5