We are a your Blizzard Entertainment discussion podcast. Each week we discuss anything that falls in between or outside those two glaciers. From talking about the games you love, the worlds you live in, AND maybe even a few you haven’t even heard of yet. Join Kilroy and Epicinsanity each week as we sit down and discuss the topics no one else is talking about as we bring you new points of view in a not so standard podcast format.

On Today’s episode we quickly go over our weeks in video games, then we jump right into covering all of this week’s news inside the Blizzard Entertainment Universe covering Hearthstone, Heroes of the Storm, Diablo, Starcraft, Overwatch and World of Warcraft news. But before we start this week’s discussion we present this week’s Top 10 List of things that should be added to Blizzard Gear store. Then we drop a basic campfire and start our World of Warcraft discussion! This week we discuss the absence of the Warcraft Movie trailer, class balances and Mythic vs Challenge Mode dungeons. But then before you know it, we are onto the StarCade! This week we cover a Blizzard Arcade game called Zerg Shooter Reloaded! Then we move onto our Blizzard Discussion topics where we discuss the new Hero in Overwatch, the demand for a rematch feature in StarCraft and what’s next for Hearthstone! Then we answer a listener email about the woes of being a raid leader. If you have any questions, comments or concerns for the show, or want to join in on the conversation, feel free to email the show at IceBox@FrozeNerdz.com. Then we wrap up the show thanking those people who supported the show this week and then we say our weekly goodbyes. So sit back, relax and enjoy Episode 69 of the Frozen Nerdz Podcast.

More Community feedback from the StarCraft team, this time involving More balance changes throughout the game, mini-map changes, and changes to the disruptor.

More than 100 Heroes of the Storm teams were battling it out in the North America July Open for a chance to secure a $25,000 prize pool and a slot in the American Championship on their road to BlizzCon 2015!

Over 2,373 pieces of stunning artwork were submitted in the Heroes of the Storm ultimate fan art contest. And 25 semi-finalists have been picked.

With the July season starting, the Final Rankings for the  June 2015 Ranked Play Season  are here. See if your favorite players made top ranks again this season.

A very short story called “The Innkeeper’s Tale – A Rattlin’ Rally” was released this week. And with it came… a lot of confusion? You’ll have to read the story to understand, but we will talk about more of that later in the show.

Another Play Your Way Thursday is upon us! This week we have Vash’s “Chain Lightning” Demon Hunter is here and full of hatred!

The teasing is finally over, a new Overwatch hero has been added to the mix. This time is Solider: 76. Blizzard released his origin story  as well as some gameplay footage this past week.

On July 15th, Blizzard will be hosting a Overwatch Q&A with developers on Reddit. This Q&A will mainly be focused on Solider: 76.

New Blizzard gear on the Gear Store including the new awesome Legendary Lanyard, The Hearthstone Beach Towel, the White Murky Mug and a Crimson Whelpling Plush. And more coming!

Blizzard also teased a bunch of new Merch coming to the store including a Overwatch Reaper Statue, a Hearthstone Box replica, and more.

The July 6-10th Hotfixes for Patch 6.2 have been posted so to stay current on those changes make sure to check out the official Patch Note blog on Battle.net.

Warcraft: Skies of Azeroth presented by Legendary VR. You are able to virtually fly over Stormwind on the back of a gryphon inside the movie! Check out Legendary.com/VR to download their mobile app for Android/iOS.

Warcraft Graphic Novel – Warcraft: Bonds of Brotherhood has been revealed at SDCC this past weekend. It will be released in May 2016 in the weeks before the movie hits theaters on June 10th. 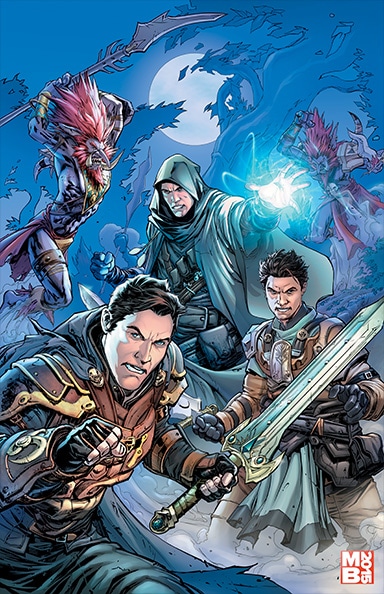 Blizzard also revealed an upcoming book exploring the lore, stories, and settings of Azeroth: Warcraft Chronicle. This first volume will go all the way back to the creation of the Warcraft universe through Warcraft: Orcs and Humans.

WarCraft Movie Trailer comes november for ALL as Tweeted by Duncan Jones, the movie director.

Top 10 Items that should be added to the Blizzard Gear Store:

2 – Class scaling as they gear up

This Week’s Game:   Zerg Shooter Reloaded v1.0
Type: Survival
Creator: Kildare
Details:  Stay alive as waves after waves of Zerg. Mow them down before they take you down!

Overwatch — New heroes before beta? and is solider: 76 the last hero we will see before beta?

Hearthstone — The Innkeeper’s Tale: Whats next in Hearthstone?