Welcome to the Frozen Nerdz Podcast Episode 41 entitled Set It and Forget It!

The show was recorded on Sunday, December 14th, 2014. And was released on Tuesday, December 16th, 2014.
On Today’s episode we talk shortly about our weeks inside video games. Then we read a iTunes 5 star review! Then before you know it, we drop a basic campfire and talk about World of Warcraft. Next we head over to the Starcade to talk about this weeks Blizzard Arcade free to play game called Changeling Impossible. And we also discuss the Blizzard Arcade Arcarde Holiday Marathon going on this Friday, December 19th. Find more details at FrozeNerdz.com. Then we pull up a chair and talk about some Hearthstone Goblins vs Gnomes card decks. Then we sit back and stay awhile and look at another amazing Diablo 3 community creations! Then before you know it, we move onto talking about some amazing Heroes of the Storm fan art! But then we dig deep inside our Icebox and find nothing there. But we did receive an Ask Us Anything question from the one and only Moogyver via Twitter. If you have any questions, comments or concerns for the show, feel free to email the show at IceBox@FrozeNerdz.com. Then we wrap up the show thanking those people who supported the show this week on Twitter and then we say our weekly goodbyes. So sit back, relax and enjoy Episode 41 of the Frozen Nerdz Podcast.

Adopt your own Argi Pet! Helps a worthy cause. For every Argi pet purchased between December 3 and December 31, 100% of the adoption fee ($10 in the US; pricing varies by region) will be donated in support of the American Red Cross to assist with Ebola relief efforts in Africa.

Our “Must Have” Warlords Addons: Heroes of the Strom

Check out these beautiful pieces of artwork by Atryl here! 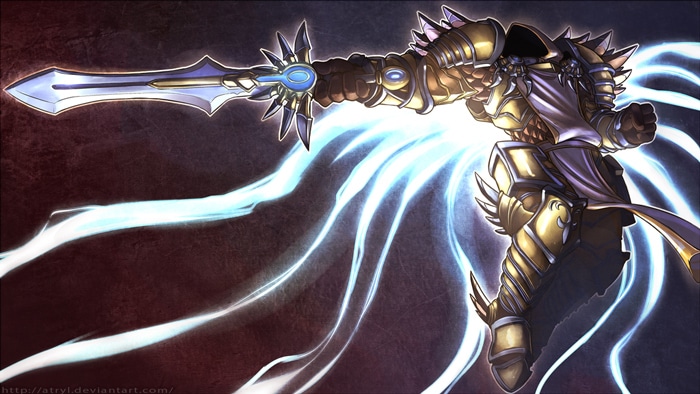